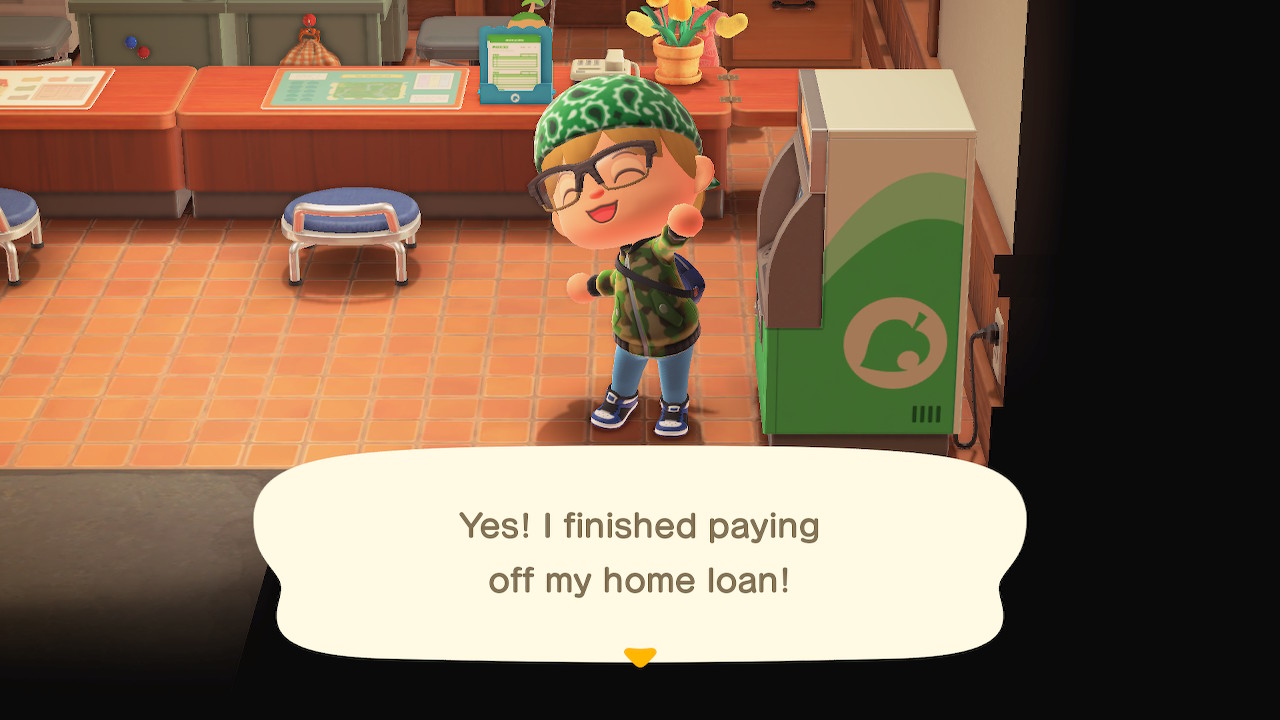 On March 20th, 2020, a long-awaited video game, Animal Crossing: New Horizons released to the public. The concept of this and all Animal Crossing games are to keep a simplistic graphical and gameplay style to appeal to newcomers while incorporating old content from previous games for fans of the series. Since the game’s release, it has sold over 30 million units and received tremendous acclaim from critics and fans of the series. I started to play in June 2020 and saw what made the series great. I plan to continue to play this game for years to come. This blog a year-long project I’m undertaking. I’ll be playing the game, exploring and developing my island, and trying to get the five-star rating and discover and complete what I can while observing and trying the many different things to do in this game. This is my Animal Crossing New Horizon Journal.

This past month in the game, two events occurred, the first being Bunny Day, an event that can draw some controversy in the Animal Crossing fan base. Animal Crossing’sCrossing’s version of Easter can collect easter themed eggs and recipes and craft special egg day items. You get these eggs while gathering materials, as you can usually do in the game. That is by hitting rocks, chopping trees down, even as strange as it sounds fishing. Six different types of eggs, leaf, wood, sky, earth, Stone, and Water eggs, involved various ways to gather these materials.

Last year Nintendo had the Bunny Day event last from April 1st through April 12th. It doesn’t seem like it; this puts a damper on fans that like to collect and craft certain materials. The egg-dropping spawn rate was high, so I can get the way people would dislike this feature, as it seemed like every other material you tried to gather was an egg. There is nothing like chopping wood for a tree to get an egg or trying to catch a fish, only to get an egg at the other end of the line. I didn’t mind this, as many eggs as I could, and crafted some items during the week.

This year, Bunny Day was one week, with Bunny Day being on April 4th. I meet Zipper T. Bunny for the first time during the week on my Island. A rabbit introduced in Animal Crossing: City Folk that doesn’t like it when you try to get behind him as it “spoils the magic.” Probably to either not see the massive Zipper on the back. Villagers believe that Zipper is someone in a costume and even teases him. He only appeared at the beginning and end of the event. Bunny Day overall was just another time to gather seasonal materials and recipes. It was also a great reminder that spring was nearly here, both in the game and real life.

The next event was a bit personal. April 9th is my Birthday. Not being able to get out to celebrate it the way I’d like to with the pandemic going on is disheartening. After the morning announcements made by Isabelle mentioned my Birthday, my closest resident greeted me with a Happy Birthday. I went over to their house on the Island and got welcomed by other villagers’ to my surprise party. We celebrated, and I got to break an in-game piñata containing birthday cupcakes, which should be enough for all of the villagers on the Island to give. You even get a special KK Slider concert the day of your Birthday. Instead of getting the credits while KK is singing, you get Happy Birthday wishes from other nonplayable characters encountered during the show. You also get 2,000 nook miles, which I’m I’m good with getting. The birthday event was a surprise and a nice gesture by Nintendo and Animal Crossing game designers that might make even the loneliest people, by choice or not, feel important, and wanted on their Birthday.

I started to work on two gardens. The lack of any plant life is still hurting my Island rating. I also didn’t want the flowers to get out of control and have to spend hours a day digging out wildflowers around the Island. I made a Zen Fence around a set perimeter and created a pathway to walk on. I brought some seeds from Leif, an occasion vendor that sells various plants in the game. In a few days, I had my flower garden. Which did something that I didn’t realize until I checked back; the flowers gave me bugs. Some bugs I caught already but spawn a few new ones, like an Orchid Praying Mantis. I’m probably going to double the size of the garden and plant some more different flowers to get more variety of plants around the Island.

I’ve also wanted to work on creating a vegetable garden near my house. The only thing I’m growing is pumpkins; I had at my old house location. I did visit another island thanks to the Nook Pass and grabbed some apples to grow apple trees around the Island. I didn’t realize that sometimes growing trees could only be at specific locations of the Island. I couldn’t produce a coconut tree for months until I realized they had to be planted in the sand to grow. I need some ideas on how many trees that I should have and how to organize them to access the fruits of my labor planting them. Flowers were easier to get an idea of a setup, trees not so much.

We also had some prom-themed outfits, but I didn’t care much about this. The prom outfits were for the younger teenage (I hope) gamers that play Animal Crossing: New Horizons. But I was big on prom when I was younger, so getting the items in-game. I did pay off the second floor of my house and now took out a loan for the basement in my house—nothing like a two-million-bell loan that I’ll probably pay off for the rest of the year.

The only thing I missed getting was the tarantula. I wasn’t aware that tarantulas are only around from October through April. I tried to get them, but I found them more challenging to catch than the scorpion. Oh well, I can try again in the fall. That was my month in April for the game Animal Crossing: New Horizons. If you wish to check out my Island, my dream address is DA-6752-3837-1917. Thank you for reading, and I hope you subscribe to this series and check out my other posts on my blog. Until next time.