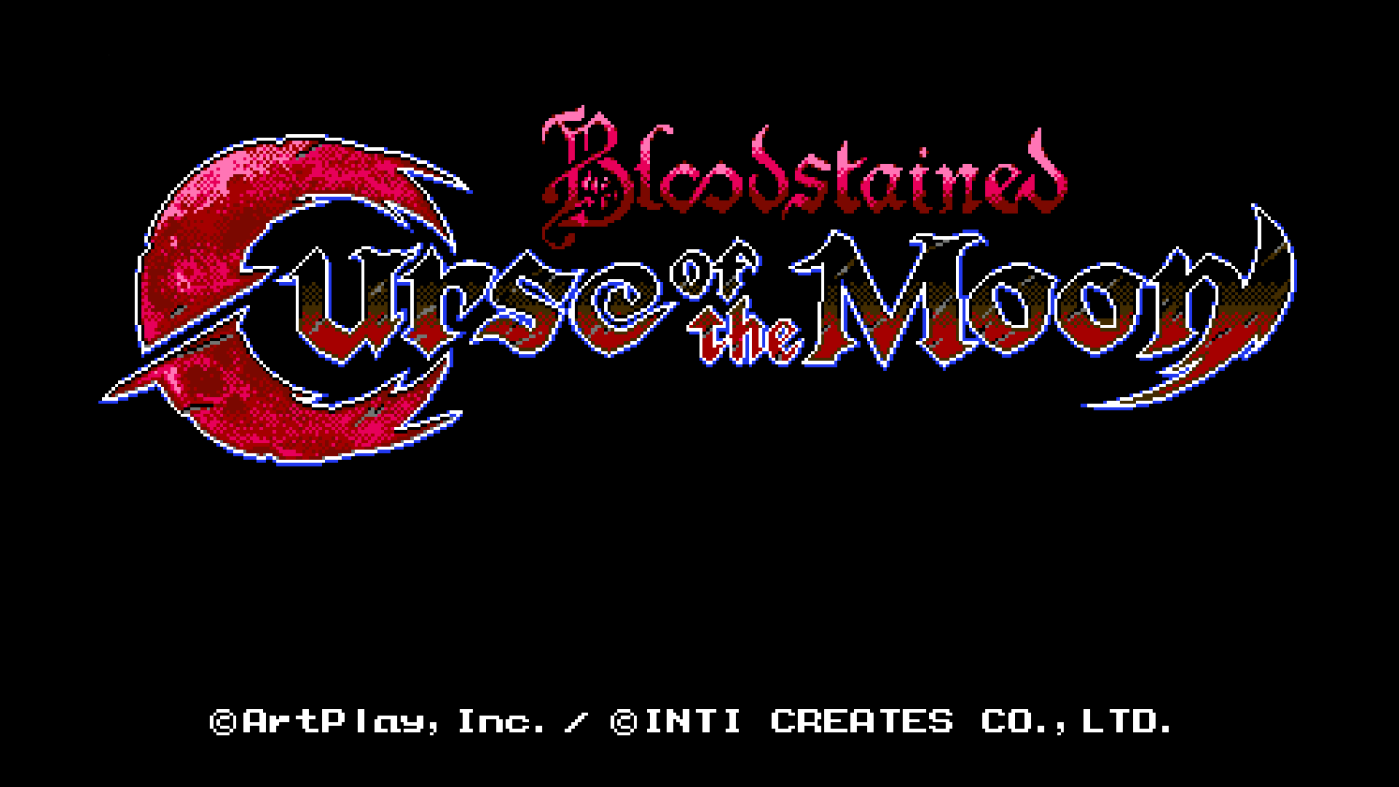 The companion title to the game Bloodstained: Ritual of the Night, Curse of the Moon is a 2D side-scrolling platform that looks, plays, and feels similar to the 8-bit version of the video game Castlevania. The story follows Zangetsu, a cursed swordsman seeking and hunting demons that cursed him for revenge. He is joined by three travelers to track down and kill the archdemon Gremory and free him of his curse.

What I thought after playing Bloodstained: Curse of the Moon

Bloodstained Curse of the Moon is a companion game to the Kickstarter game, Blood Stained: Ritual of the Night. Curse of the Moon was a stretch goal that was met and promised in a retro-style prequel game—made by Intel Creates, ex-Capcom employees who previously worked on Mega Man 9 and Blaster Master Zero. One of the goals was to capture the essence of the 8-bit era of Castlevania games.  Curse of the Moon successfully does this. It’s not entirely believable, but this game looks like it can run on an NES console. The visuals and sound capture a great representation of 8-bit games in the late 1980s-early 1990s.

The gameplay is excellent. Of all of the Castlevania games, Curse of the Moon feels like it’s closest to Castlevania 3 in gameplay and presentation. I did like that Curse of the Moon allowed to have all three companions with you at once. Unlike Castlevania 3, which only had one companion at a time. The game is straightforward with some different paths that you can take if you have the right companion to pass through. The way you choose can make the levels short or long, and you may be certain power-ups that are unobtainable. The sound design and music are excellent. If the game had one absent aspect, it is its difficulty. Even on the more challenging setting of the game, I still found myself able to beat this without much difficulty.

I had no idea what was going on for most of the game or who the characters are. You get some in-game text to read when you run into each of the three companion characters in the game, but it wasn’t enough for me to follow without looking up a Bloodstained Wikia article about what is going on in the game. I won’t fault the game’s storytelling aspect, since you are trying to tell a plot with a 2D video game’s limits. If this is to set up a bigger story with Ritual of the Night, we should have more text about what is going on in the game. Rather than told in brief paragraphs, at the beginning, the first three chapters, and the end of the game.

You play as Zangetsu, a cursed swordsman on his journey to defeat Gremory. A prequel that takes place ten years before the events of Bloodstained: Ritual of the Night. I was concerned since your character has a seemingly short-ranged weapon, but the hit detection on enemies is excellent. You don’t feel like you are going to have to take an unfair hit to attack an enemy, and you can take a fair amount of damage before you lose a life. You also have some secondary attacks that can balance out attacking distantly. Depending on what path you take, you may power up Zangetsu or have the companions join you. Each companion has a different ability that can help you on your journey. Miriam acts like the Simon Belmont homage character, as she uses a whip and bladed special attack weapons. She can also jump higher and slide under an obstacle to reaching new areas and items. Alfred, the group’s Alchemist, is relatively weak in strength and health but has some pretty powerful secondary attacks. Gebel, or Alucard, as I like to call him, launches three bats as an attack, and the only secondary attack is to transform into a bat and fly around the screen. I also like that each character has a separate health bar, and all didn’t share one life bar.

Bosses in the game, while well designed, are simple to beat once you either know their patterns or the right character to defeat them. There is a nightmare mode that makes the bosses more challenging, but you can still beat them without much challenge. I do like that they get a “last stand” attack on you. After you defeat a boss, they unleash an ultimate attack in an attempt to take you out. It’s a good concept as dying by a boss from this attack starts you at the beginning of the fight again. The game has a boss rush mode that you take on all bosses also in stage order you fought them. It adds some replay and challenge but strangely missing a time attack mode or even possibly a random generator what order you fight each boss.

This game is short and has multiple endings depending on the path you chose. I’ve only seen a few of the conclusions offered. You can get a good day or weekend time of this game. There isn’t much story in Curse of the Moon or plot setup for Ritual of the Night, as far as I could tell. But Definite worth picking up and playing if you loved the 8-bit Castlevania Games.

My summarized review of Bloodstained: Curse of the Moon

Curse of the Moon is a Castlevania game in spirit and look but without the Castlevania difficulty. The retro 8 bit Ascetic is a great touch to add nostalgia to gamers familiar with the retro games. It’s a good companion game to BloodStained: Ritual of the night. The story was hard to understand without having to find out from a guide. A short game with multiple endings and a fun experience if you get nostalgic for the classic 2D 8-bit side-scrolling video games of the past.