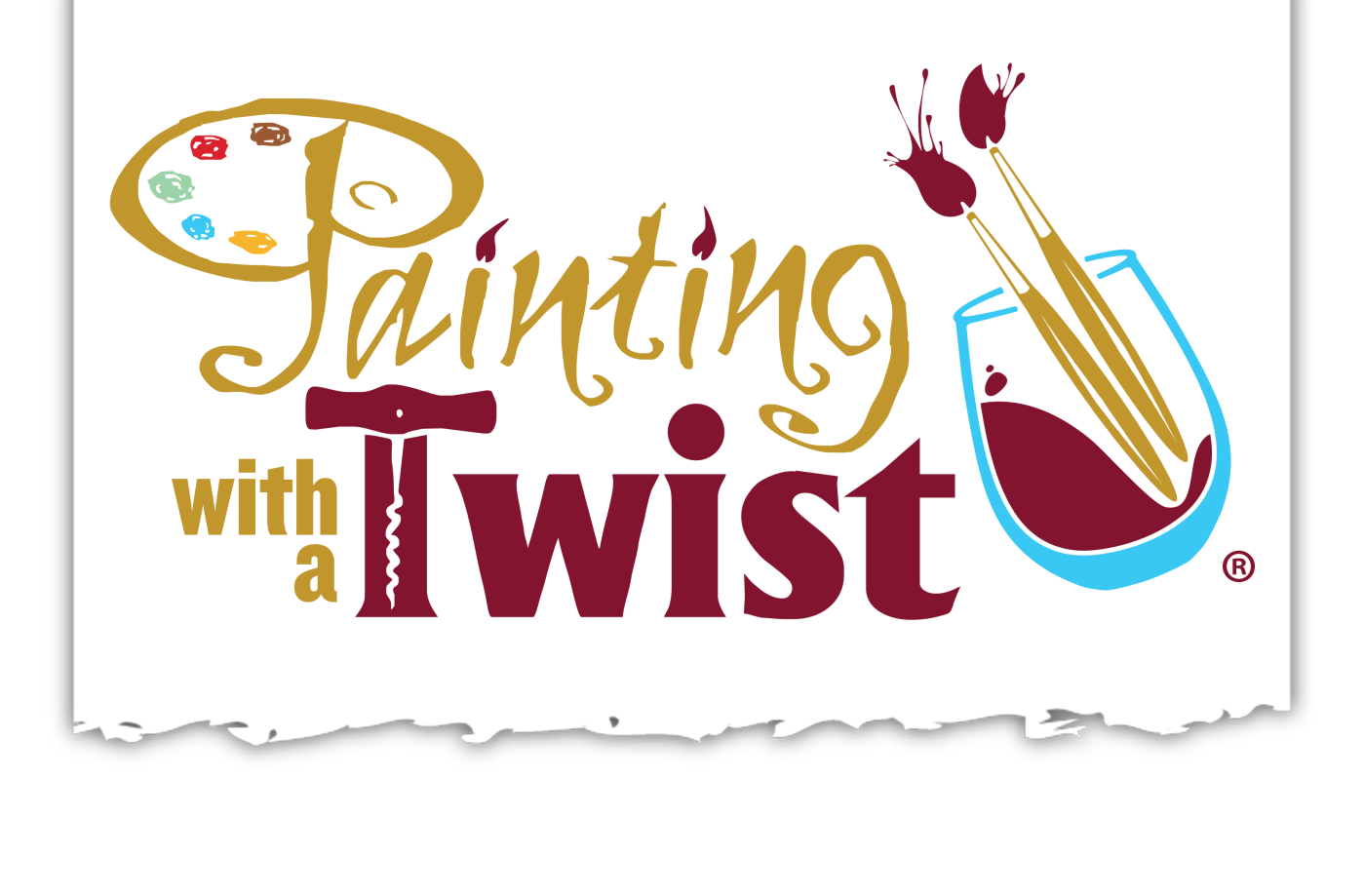 I have to admit, I never thought when I started this blog, I would ever do posts on activities that didn’t involve gaming or movies. Let alone doing something that was from one of my least encouraging past hobbies, painting. Even wanting to go to a place called Painting with a Twist. I guess you can say, “WHAT A TWIISSSTTTTTTT!

Anyway, Painting with a Twist is a different take on a classic hobby/art of painting. It started in 2007 called Corks n Canvas initially. The concept combined art with friends, spirits and an instructor. It was started by Cathy Deano and Renee Malony, who wanted to do their part to rebuild their community after Hurricane Katrina. A place where people of their town could relax, unwind and get creative. As of this post, there are 311 locations in 39 states across the United States and over 10 million paintings painted since they opened. Corks N Canvas eventually became franchised out as painting with a Twist.

The last time that I tried to paint was for an elective in college. It was an introduction class and needed to complete the elective requirements for my degree. I tried, but I wasn’t very good with painting, at least according to the instructor or professor (I can’t remember what their title was at this moment). The teacher of the class had told me that if I continued with the class, I would fail it. Since then, I only stuck with painting walls or houses. A friend of mine wanted to do this for their birthday. Feeling like I’m going against my better judgment, I went to try and paint a new picture.

We went to the Bethlehem, PA location. When I arrived and checked in, it was almost what I was expecting from the place. Easels were set up along the table and around the walls were paintings that were either painted by the staff or maybe by prior people who had a previous session and left their work behind. The tables had our names listed next to the seat and easel that we assigned. We used acrylic paints because they dry faster than other types of paint. At least that was my understanding of it since we would take the paintings home that day. They did have plenty of used smocks to prevent the paint from getting on our clothes and for everyone.

The portrait that we were creating that night was called “Reflections to the West.” Each class has an instructor on a stage that guided us step by step on the portrait. Our instructor was very good at describing and helping us out with the creation and painting. While they were on the stage going over how to paint the image, staff members would come around to see how we were progressing. They will also offer assistance if you struggle at any point. The model was relatively simple to design despite looking complex, but I still got help one in the session.

The class was a two-hour session. Each class time session varies. Painting with a Twist also allowed you to come back on a specific day and fix your portrait from the class. Which is helpful if you weren’t able to either finish the picture or had something that you wanted to correct it.

The Establishment was BYOB. You can bring your own alcohol and even food, but finger foods were highly recommended. You also have to be 21 to consume alcohol in this establishment. I didn’t mention yet that this establishment has age restrictions for certain classes. The evening classes are for adults 18 and older. Classes are offered in the day and have different types for the varied range of age groups. Family day is for ages 7 and up; despite its name, all ages are for 10 and up; and a teen & up classes for 13 and up. There is a description of the course and the image that can be viewed online. They also allow for private parties and events but require you to book a certain amount of guests for a specific time of the day.

They did provide a break halfway through and played a coin toss game. I was one of the last people still standing but got eliminated in the end. The winner got to pick a picture from the wall of select paintings. It’s a neat extra that they did here, and I’m not sure if this is done at other locations. It also provides a break from painting and to step away from your portrait.

The music they played was the only thing that I felt indifferent about. Now my musical tastes are different when I work vs. what others work with. When doing any type of work, I like to play some music that can make me focus. Some songs that played while I was painting were a variation that you would have heard at a party or a top 40 music station. I’m guessing this was a choice to keep with the relaxing atmosphere for others. I couldn’t get in a state of mind to relax when “The Electric Slide” was playing on the speakers.

When it was all said and done, my picture was complete. I was a bit impressed with my work. It wasn’t as bad as I thought that the image would turn out. However, I still feel that it could have been better. I did have a good time, and I’m looking forward to coming back here, either with friends, myself, or even another Painting with a Twist location.

Check out the Painting with a Twist website if you are interested in this and want to see if you have one in your area.